Book this wonderful Extreme Golden Triangle and Wildlife Tour Package to explore historical monuments as well as the greener side of India. We have designed these tour packages for you to see major tourist attractions like Red Fort, Taj Mahal, Ranthambore National Park, Jama Masjid, and many others. If you want any change in the tour plan, then we can customize it based on your preference.

On arrival at Delhi airport, our representative will welcome you and transfer you to car for driving towards your hotel. Check in to the hotel for overnight stay. 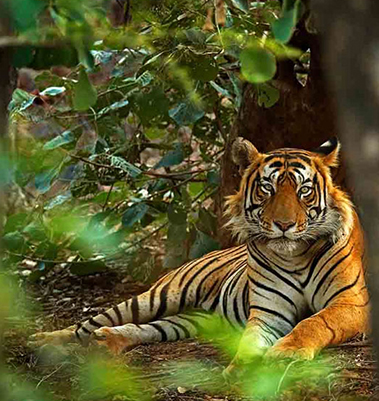 Have breakfast at the hotel, then head towards exploring Delhi. Visit various attractions such as Red Fort – This monument is also known as “Lal Qila” represents the zenith of Mughal empire creativity, which was initiated by Shah Jahan in the year 1526. This architectural landmark represents fusion of Persian, Islamic and Hindu architectural style. Jama Masjid – It is the largest mosque in India and famously known as Masjid-i Jahan-Numa. This Mughal architectural marvel was constructed by emperor Shah Jahan between 1644 and 1658. It is made up of red sandstone and around 25000 people at a single point of time can offer prayer in this mosque. Qutub Minar – This monument was constructed in the year 1193 by Qutab-ud-din Aibak and famously known as “Tower of Victory”. This Minar is surrounded by a lush green garden, which make it a perfect leisurely place for tourists coming from different parts of the world. Humayun’s Tomb – This mausoleum was constructed in year 1570 by Mughal emperor Humayun’s wife Bega Begum. It was the first garden-tomb in India, which inspired several major architectural buildings constructed on later stage. Overnight stay at Delhi.

Have your breakfast at the hotel and proceed towards Agra. Once you reach this place, check in the hotel and later leave for Agra sightseeing. Visit Agra Fort – a red sandstone fort on the banks of River Yamuna. It was built by Emperor Akbar in the year 1566. In the evening, you will visit Taj Mahal. This is the construction which took around seventeen years to get complete and require 20000 workmen. It was built by Shah Jahan for his beloved wife Mumtaz. Overnight stay at Agra.

You can again visit Taj Mahal at the time of sunrise. Have your breakfast and proceed to Bharatpur. On the way visit Fatehpur Sikri. This was the capital at the time of Mughal Emperor Akbar. Along with that also visit Buland Darwaza which is the largest gateway throughout the world. Once you reach Jaipur get your transfer to hotel and overnight at Jaipur.

After having breakfast at the hotel, you will go for bird watching (jungle safari) in Keoladeo National Park. You will see various birds like common parakeet, great egret, painted stork and many others. Later you will leave for Ranthambore by road. On arrival, check-in the hotel for overnight stay.

Have breakfast at the hotel, then leave for Jaipur by road. On arrival, check-in the hotel for short relax. Later you will go for sightseeing wherein you will visit Jantar Mantar, which is the largest and till date best preserved observatories which was built by Jai Singh. Hawa Mahal is considered to be the most prominent landmark of Jaipur. This palace comprises of around 953 small windows and was built by Maharaja Sawai Pratap Singh in 1799. Also visit City Palace which houses museum, Chandra Mahal and Shri Govind dev temple. Overnight stay at Jaipur.

After having breakfast at the hotel, you will leave for sightseeing in Jaipur. Visit Amber Fort – it is also called as “Amer Fort” and attracts huge number of tourists from all across the globe. This fort overlooks the Maota Lake and was constructed in the 16th century by Raja Man Singh I. Jal Mahal – It is a wonderful palace, which is located in the middle of the Man Sagar Lake. This palace has been constructed in red sandstone with Mughal and Rajput styles of architecture. On completion of the sightseeing, you will drive towards Sariska. After reaching this place, check-in the hotel for overnight stay.

Early morning, leave for jungle safari in the Sariska National Park. Enjoy tiger sighting and also spot various exotic birds and wild animals. Return to the hotel for breakfast and relax. Later proceed towards Delhi. On arrival, you will be dropped at Delhi airport to board your international flight to home/next destination.